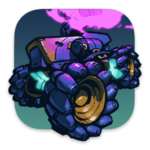 ShockRods is about shooting and avoiding being shot by jumping and dodging. ShockRods features solo and team games that take place in natural surroundings and future sports arenas. Your goal in ShockRods is to score points – by shooting your opponents and achieving objectives; scoring goals, stealing the other team’s flag, or dealing the most destruction… As you drive your ShockRod to VICTORY!

Want a fancy paint job with flip-flop paint and crazy pattern overlay? Check! Want to emit bubbles from your boost ports and make the noise of a chicken when you press the taunt button? Check! Want to explode in a massive pink skull-shaped ball of flame when your car explodes? Check! ShockRods has all the customization options you could ever want – and plenty you never knew you wanted till now! Use them to make your ShockRod stand out from the crowd, and choose from a whole selection of ShockRods as the starting point for your crazy customizations!

GAME MODES FOR EVERYONE

ShockRods features familiar and new arena-based gameplay. It’s going to be very fast and completely furious fun as you take your pick from the following games (playable online against other players, or offline against AI bots):

A BUNCH OF EXOTIC ARENAS

ShockRods has a variety of imaginative locations for the ShockRodder to leap and shoot around: From the snowy perils of a precipitous abandoned mine to the futuristic ball arena, taking in the pleasant vistas from atop the grassy summit of a summer mountain top, to the stomach-flipping drops around the dam and the mysterious malfunctioning reactor core with its pit of lava.

There’s an armory-load of guns and some crazy pickups that a ShockRodder can use to ruin his opponent’s day; from the chaingun to the grenade launcher, railgun to the rocket launcher. Or use a special pickup on them, and give everyone a giggle; shoot them with the balloon gun and watch as they get dangled in space off the end of it, or encase them in an ice cube and slide them over a cliff! Bash them with a one-ton weight or fire a shield wall to stop them in their tracks! Set a trap that will spring them into space! There’s fun and games to be had while you’re winning at ShockRods! 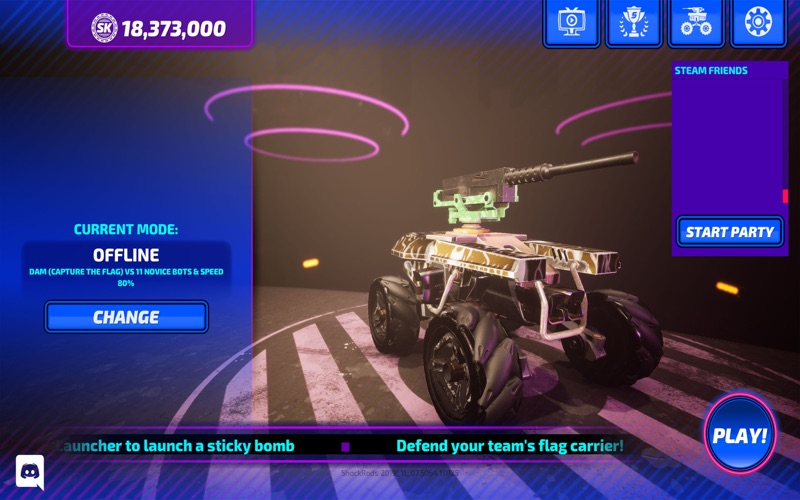 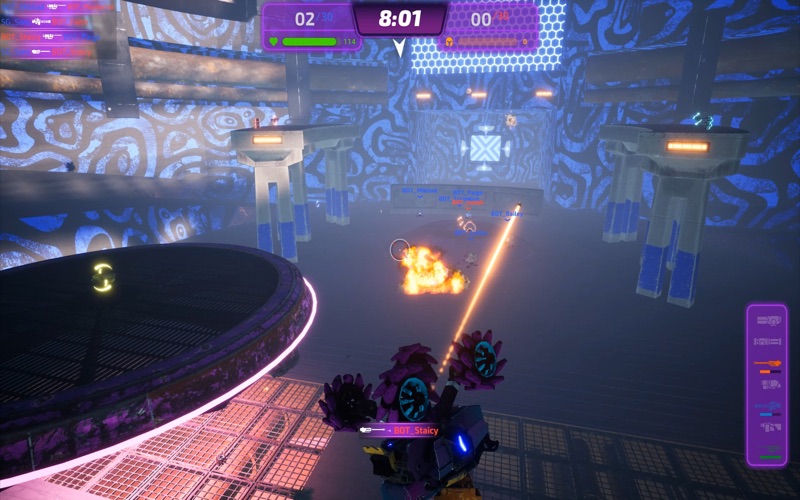 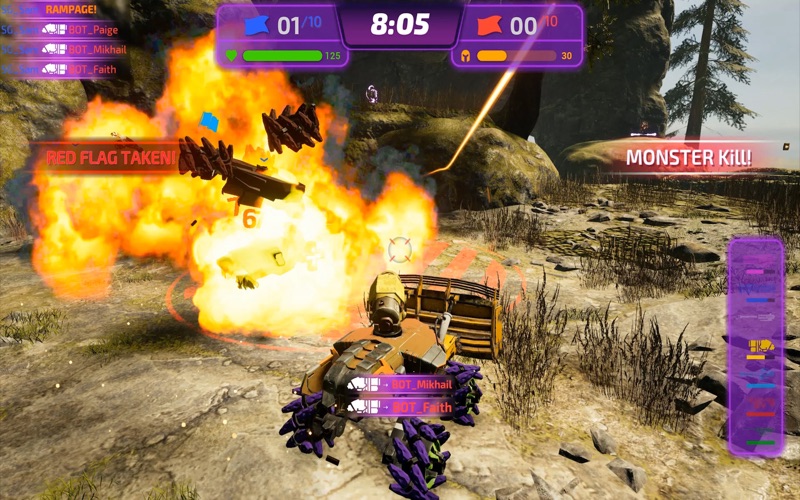