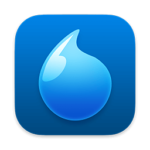 Introducing Cascadea, the first custom style manager designed as a Safari App Extension and native macOS app. Cascadea makes it easy to install custom styles that change the look and feel of any website you want. Whether you want your social media feed to burst with color, or to give your eyes a break with a darker style, Cascadea gives you the freedom to paint the web in your colors.

It’s super easy to install styles – just go to a compatible style in Safari, and you’ll see an option to install it in Cascadea. Cascadea supports popular custom-style websites, styles written in the UserCSS format, or even plain CSS files. Once installed, Cascadea’s fast native UI lets you quickly and easily configure settings for each style, change the order in which they apply, keep them up to date, and more.

Cascadea is also a super-powerful tool for CSS developers, both for writing new custom styles or even as part of a web development workflow. Cascadea has a fully-featured Style Editor for writing CSS as well as the Stylus and Less preprocessor languages, including autocompletion, syntax highlighting, automatic indentation, code folding, beautification, multi-cursor support, multiple color themes and font options, and more. Open multiple styles in tabs, configure rules for precisely which sites to apply a style, and watch Safari update to reflect your changes each time you save your CSS. Or, if you prefer your own code editor, you can easily import a CSS file into and out of Cascadea.