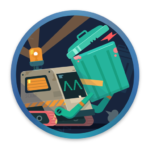 In Scrappers, up to 4 players can team up to clean up the streets of a futuristic city teeming with garbage — and trash anyone who gets in their way! You take on the role of the Scrappers, a squad of robot garbage collectors working to clean up a grimy city of the not-so-distant future. Time is money in Junktown, and team tactics like stacking trash and passing it to teammates — much like in basketball — can boost your efficiency for bigger rewards!

But garbage collection is only part of the job. Rival teams will attack and interfere, and it’s up to you to dispose of them while staying on schedule!

Teamwork is key to maximizing efficiency and achieving high scores, which in turn unlocks new characters and customization options!

Scrappers is a brand new game from Q-Games, the developers behind the PixelJunk series, Star Fox Command, X-Returns, and many other classic titles! 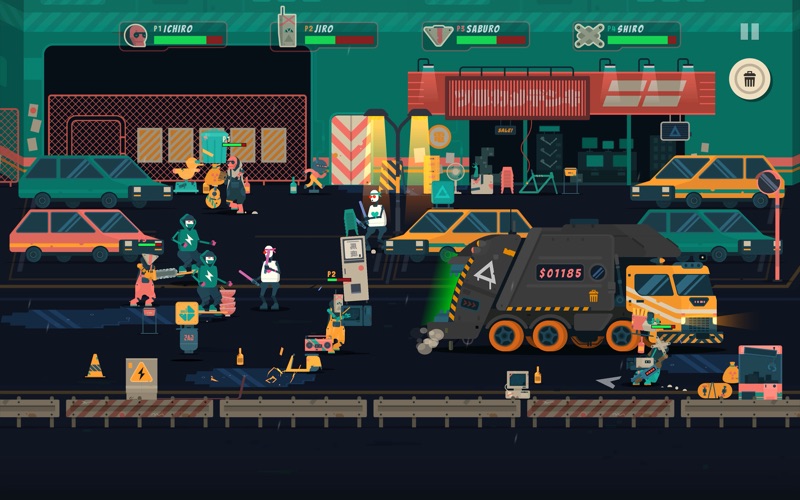 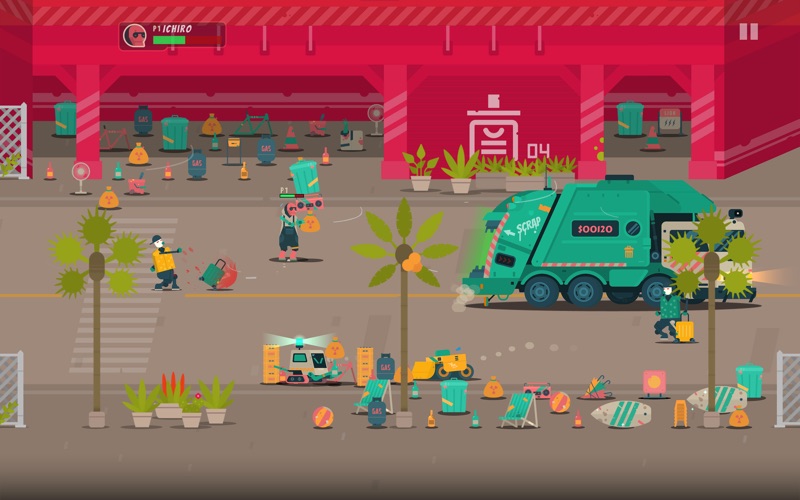 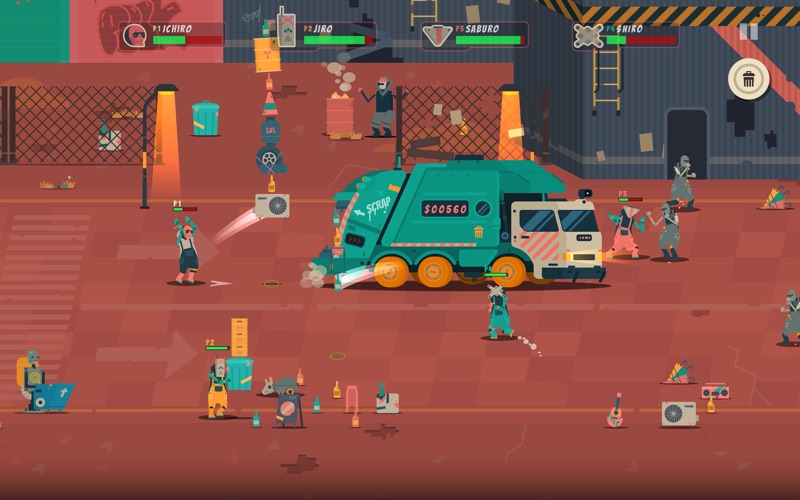 This adorable AI sidekick helps players out in single-player mode by automatically collecting trash, then passing it to them, or tossing it into the garbage truck as the situation demands.

Overclock in either single-player or multiplayer mode with the overclocker bot!

We’ve replaced the single-player overclock system with a new support NPC that appears in multiplayer games as well. Pop the balloon on top of its head to overclock! Overclocking temporarily boosts your strength and speed. It also allows you to pick up more than the usual limit of 3 items at once!

Teaming up for multiplayer is now easier than ever!

The game now supports party codes and random matchmaking! Share a numeric code with friends to start a multiplayer game together, or match up randomly with players from around the world!

You can now automatically catch garbage within range with a new optional auto-catch feature! You can also disable this feature to play the classic Scrappers way.

We’ve updated our tutorials to get you up to speed on the latest features as quickly as possible.

Mini Metro will give you the task of designing the subway layout for a rapidly expanding city. Your city starts with three stations. Draw...
Read more