In the mayhem-filled streets of the future where criminal gangs rule and cops fear to tread, only the bounty hunters can free the city from the corrupt fist of a felony. Lay waste to the criminal underworld and make a killing in this hard-boiled action-comedy arcade shooter.

KICK-ASS CO-OP, FROM NEAR AND FAR

Hunt solo or give suppressive fire and advance on the enemy together as you run, jump, and take cover in the mayhem-filled streets of the future. Whether your buddy is in the same room or on the other side of the planet, wreak havoc as a team through couch co-op or Steam Remote Play.

It’s you versus the world as you’re pitted against players from all corners of the globe in a brutal battle to pummel your way up the leaderboards. Innovate and invent new ways to pulverize your foes to rack up your score, whether you make use of combo-kills, quickdraw weapon-swap bonuses, or just hurl criminals off the rooftops. In this nail-biting race against the clock, collect as many bounties as you can while you watch the numbers roll and strive to be the apex bounty hunter.

Confiscate machine guns, laser weapons, katanas, grenades and more, and turn them on their owners. Stab, shoot and explode your way through swathes of gangs and bosses and collect your bounty. 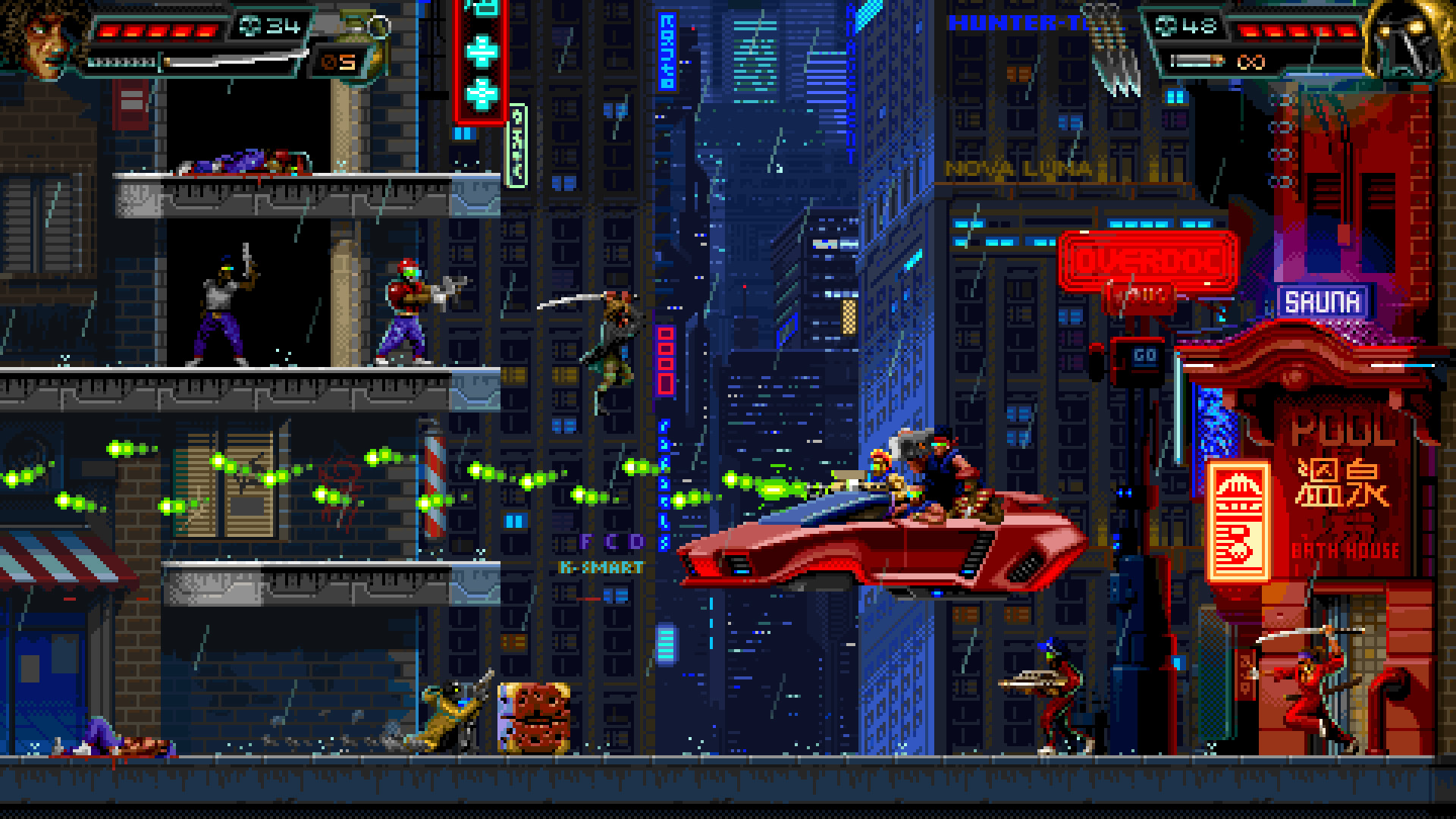 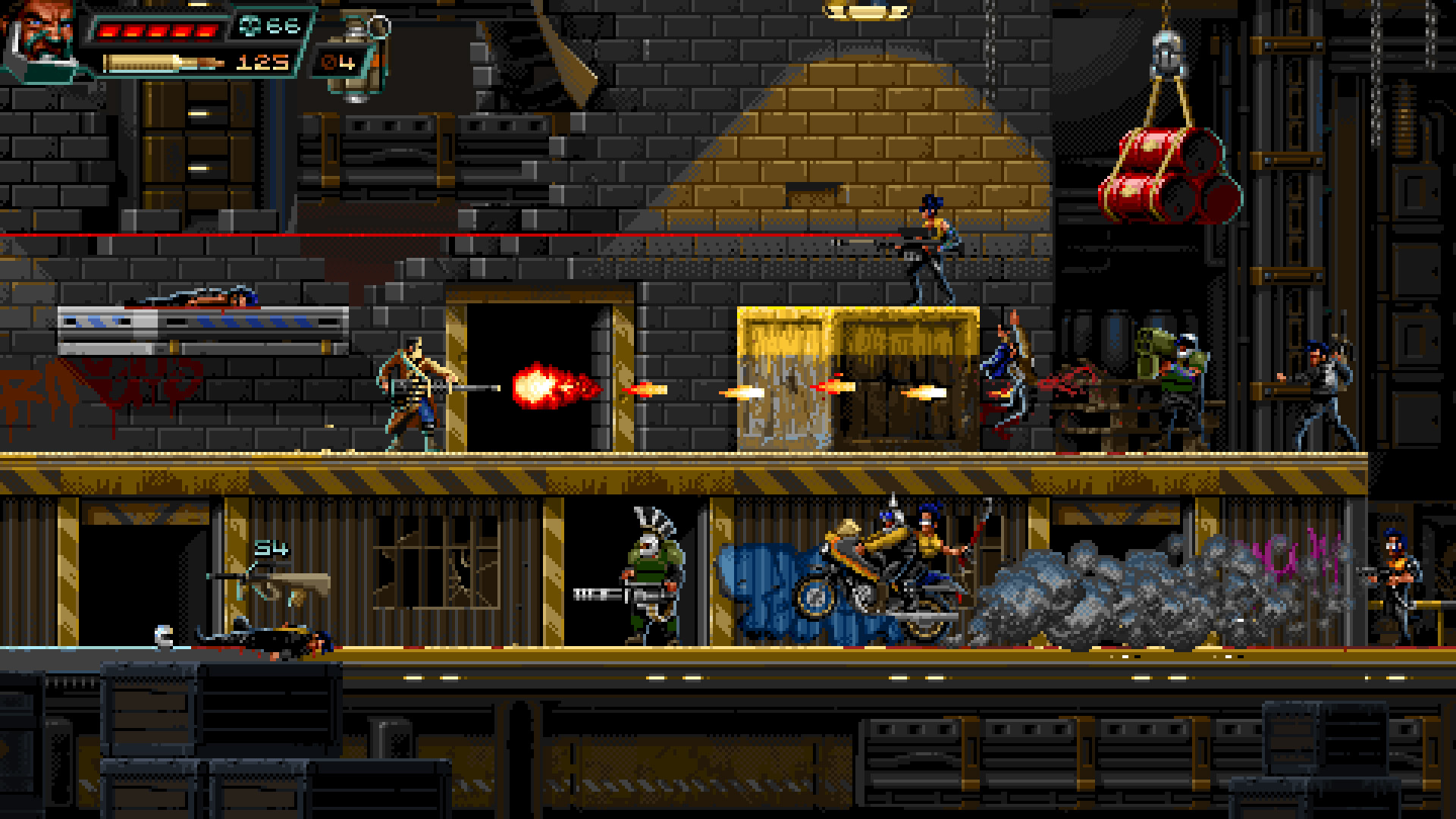 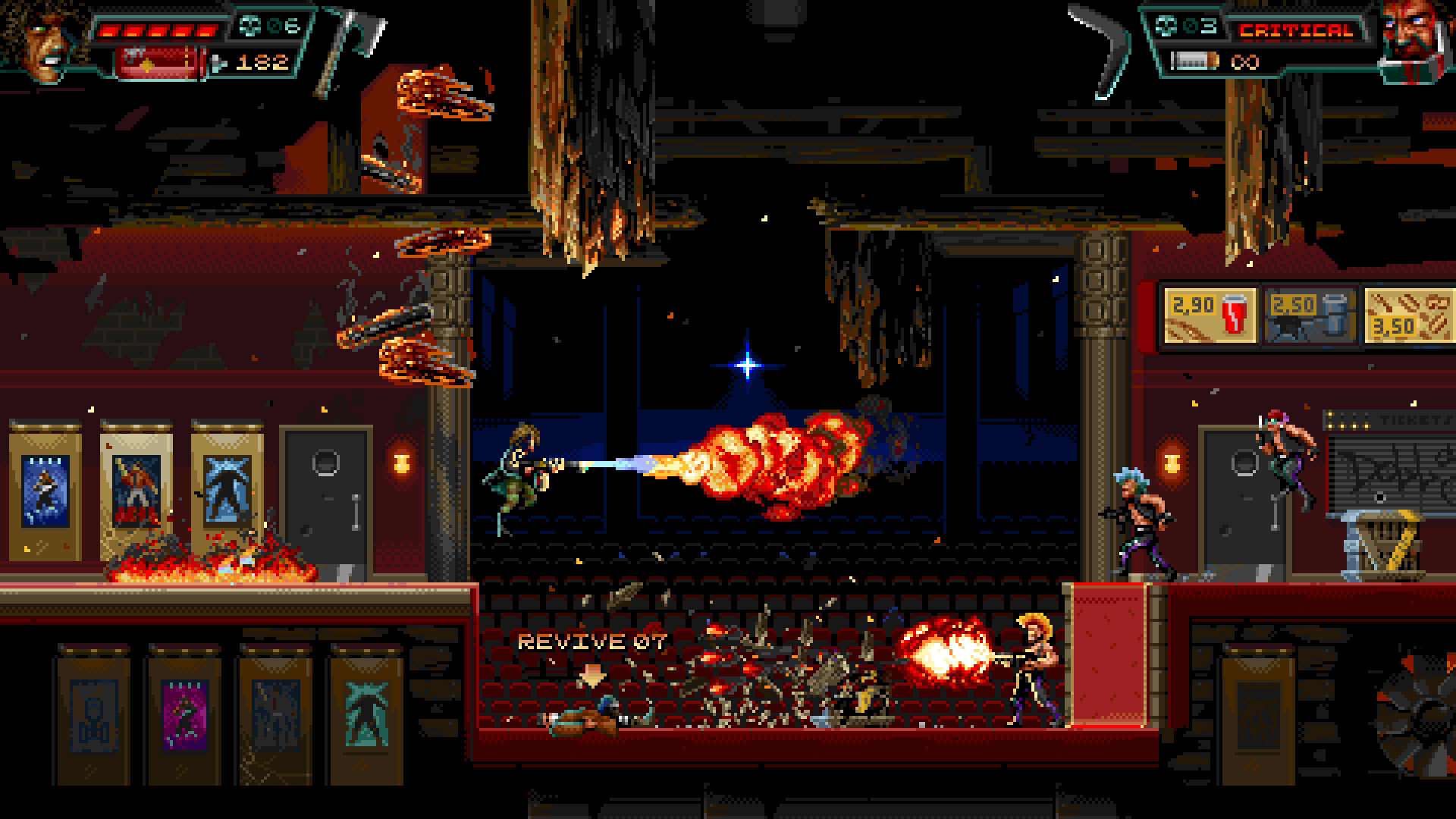